Star Casino accused of under-reporting violence on its premises

It’s been a tough couple of weeks for the Australian casino industry, with news of 18 Crown Resorts employees being arrested in China under suspected gambling crimes. Now to add to the drama, documents have been leaked that suggest Sydney’s Star Casino has been hiding details of the full extent of violent incidents occurring on its premises. The figures could have serious consequences for The Star, potentially threatening its casino license. 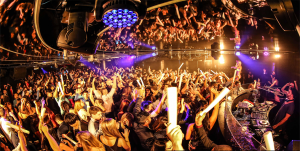 The leaked documents were part of a review done by the NSW Department of Justice, with figures showing that nearly two thirds of the violence occurring at The Star is going unreported to the police. The reports suggest that the number of serious violent incidents are more than three times higher than those recorded as official crime statistics, and almost five times higher than those reported to the casino’s senior management.

The review includes analytics done by Liquor & Gaming NSW inspectors of the daily incident reports occurring between March and August of 2016. Upon analysis, the inspectors discovered that many incidents of assault had been falsely recorded in the computer system as “behaviour” or “forced removal.” Surveillance footage of the recorded incidents were then analysed, with officials finding that police were not called out to 75 of the 111 violent incidents occurring during the six-month period. Amongst the unreported incidents that occurred onsite were a patron whose leg was broken, a security guard head butting a patron and people being put into chokeholds. Unreported incidents included domestic disputes, nightclub scuffles and larger brawls.

A casino expert said the figures suggest there are about 250 violent assaults at the Star Casino each year when taking into account the busiest summer period, making the Sydney casino 10 times more violent than NSW most violent pub, the Plantation Hotel. The report paints a disturbing image of life at The Star, with incidents that were reported to the police including serious cases of sexual and physical assault against women.

Howard Brown from the Victims of Crime Assistance League told the ABC that advocates had long suspected the figures were higher than reported. Mr Brown said it is unreasonable that the casino be exempt from lockout laws and that, “Government has always said they have a greater rate of compliance at The Star that has proven to be incorrect. By hiding these figures they’re doing themselves an injustice as well as the community.”

A spokesman for The Star released a statement saying the leaked report contained inaccurate information where the reviewers do not properly understand the reporting systems used at the casino. He said, “The Star is the most highly-regulated licensed operator in NSW and willingly provided confidential internal reports to Liquor and Gaming NSW, which was established as the new regulator earlier this year. On that basis, there can be no suggestion The Star does not adequately report incidents.”

Paul Newson, the NSW Deputy Secretary of Liquor, Gaming and Emergency Management, said the department is having robust but fair discussions with the casino about the unreported incidents. Only time will tell if the leaked reports will have any impact on the casino’s license or lockout exemptions.

Avoid the drama of playing at a land based casino and try playing online instead. Aussie players can sign up for an account at Leo Vegas Casino to claim a welcome package that includes a 200% matched deposit bonus, plus 200 free spins on selected pokies, with full access to a range of real money blackjack, roulette, pokies, baccarat, video poker, live dealer games and more.
Show More